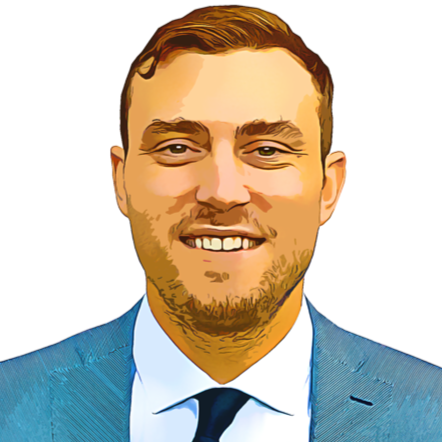 The importance of place

There's a lot to get excited about when it comes to blockchain. I am one of the worst offenders of getting lost in the biggest ideas; regularly daydreaming about the potential of a fully-automated, crypto-secured future. In this industry we hear alot about "how blockchain will change the world" but we haven't quite figured out how to get scale from a few 100,000 internet nerds to global adoption.

I've been fortunate to travel a lot in my life, for both work and fun. Those that know me, know that I took the trip of a lifetime in 2016 when I spent the year traveling with Remote Year.

That year I spent each month living in a different city (check out the list here) - each place with distinctly unique cultures, economies, and internet capabilities.

Two of the things that I learned in those travels have been 1) how to further appreciate the idiosyncrasies of a place; and 2) how to more quickly adapt and get comfortable in a new place.

For example, one of the things I realized is that nearly every culture has some form of, what I call, "Pocket Food" - dough wrapped around a filling of some kind. In South America, you have all different kinds of empanadas; in Asia, dumplings; in Eastern Europe, you have perogies; in the UK, pasties; in India, samosas; and in the US, we have hot pockets.

Is this person making ravioli, dumplings, perogies, or empanadas?

As the saying goes, "same same, but different."

These pocket foods were all inventions of necessity, each uniquely stylized by the cultures from which they were created.

The places in which these foods evolved had direct influence on the history and evolution of these pocket foods over time. Things like which ingredients were locally available, if certain foods were restricted by religion, or even simple taste preferences played a role in shaping each pocket food's final form.

Nevertheless, here we are today, we have dozens of varieties of Pocket Foods, but the concept of dough wrapped around some combination of cheese, meat, and veggies has reached "global adoption".

In order to get to "global adoption" for blockchains and DeFi, we need to look at the places we call home first, and think about how we can get the people we talk to everyday to start using these innovative technologies.

I live in Los Angeles, California. Let's talk about it.

What is Los Angeles?

Los Angeles, California is the 2nd most populous city in the United States, in the 3rd most populous country in the world, with a population of nearly four million people.

As "the cultural, financial, and commercial center of Southern California...known for its Mediterranean climate, ethnic diversity, Hollywood, and the entertainment industry" according to Wikipedia; it is also a vibrant and culturally diverse place.

Even just one neighborhood over from Santa Monica to Venice, you have two starkly different takes on the "Southern California Beach Town."

As soon as you cross over from one to the other, you can feel it. Santa Monica is bougie and upscale, while Venice is hip and honestly, a bit dirty.

Some parts of LA are obscenely wealthy, while we still struggle with homelessness all over the city. The public transit is actually pretty good for those that take it, but a majority of people use a car to get around.

I write all of this precisely to underline what Los Angeles is not. 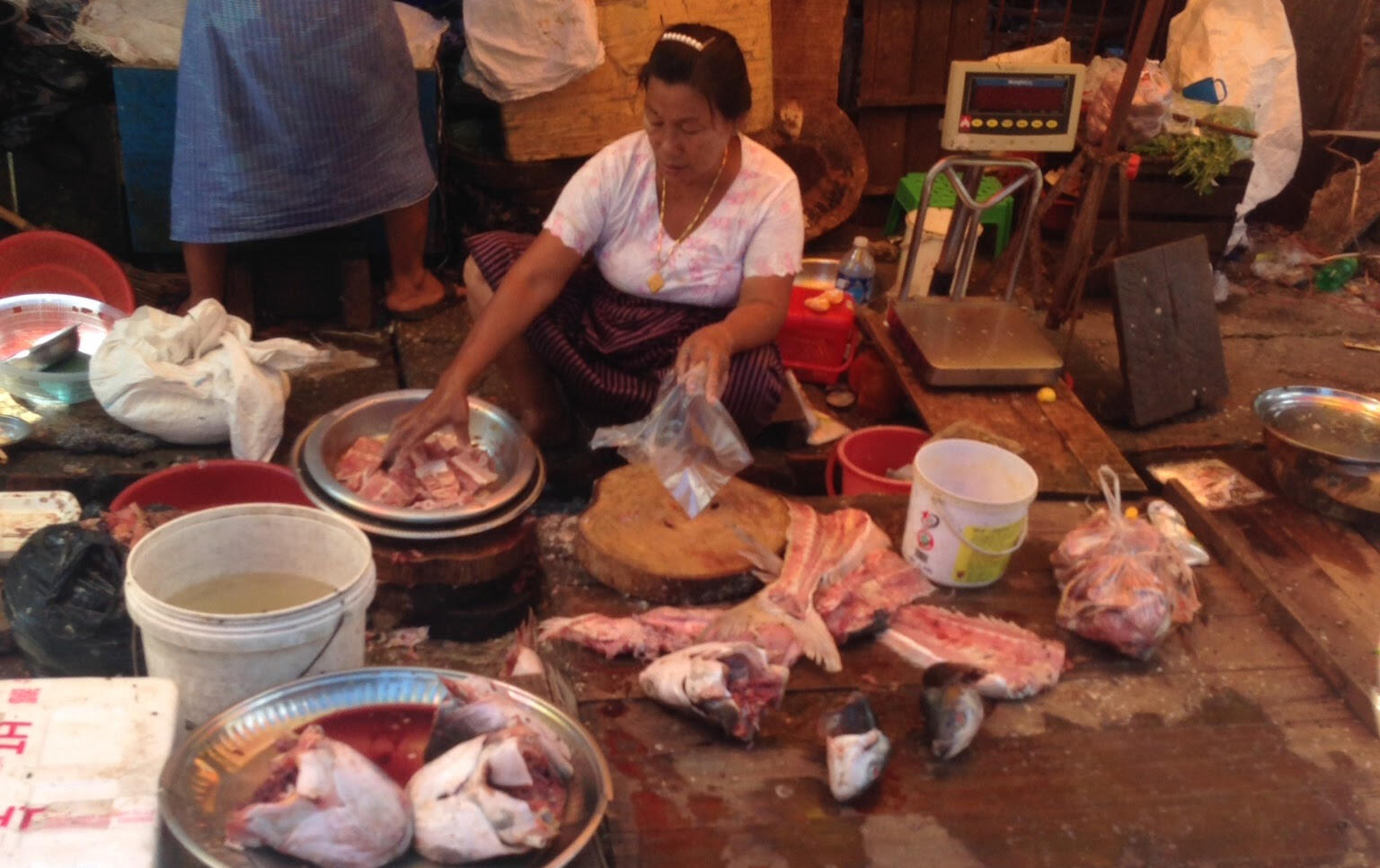 I've always said it's hard to appreciate Los Angeles as a visitor if you are only coming for a few days or weeks. It's too big, too expansive. If you've been here before as a tourist and didn't like it, my guess is that you tried to see the "sites" and spent most of the time sitting in traffic. It's a tale as old as time.

For those that live here, "LA" feels more like a collection of unique neighborhoods, each with their own distinct charm and culture.

I live in Downtown LA, aka DTLA. DTLA has been going through big changes over the last few years. Heaps of new construction underway, a lot of great restaurants have popped up and it's not as scary to walk around at night as it used to be.

I'd say that Downtown is pretty tech friendly. There are tons of scooters around, and you can pay with your phone (with Apple Pay or Google Pay) at pretty much every store. 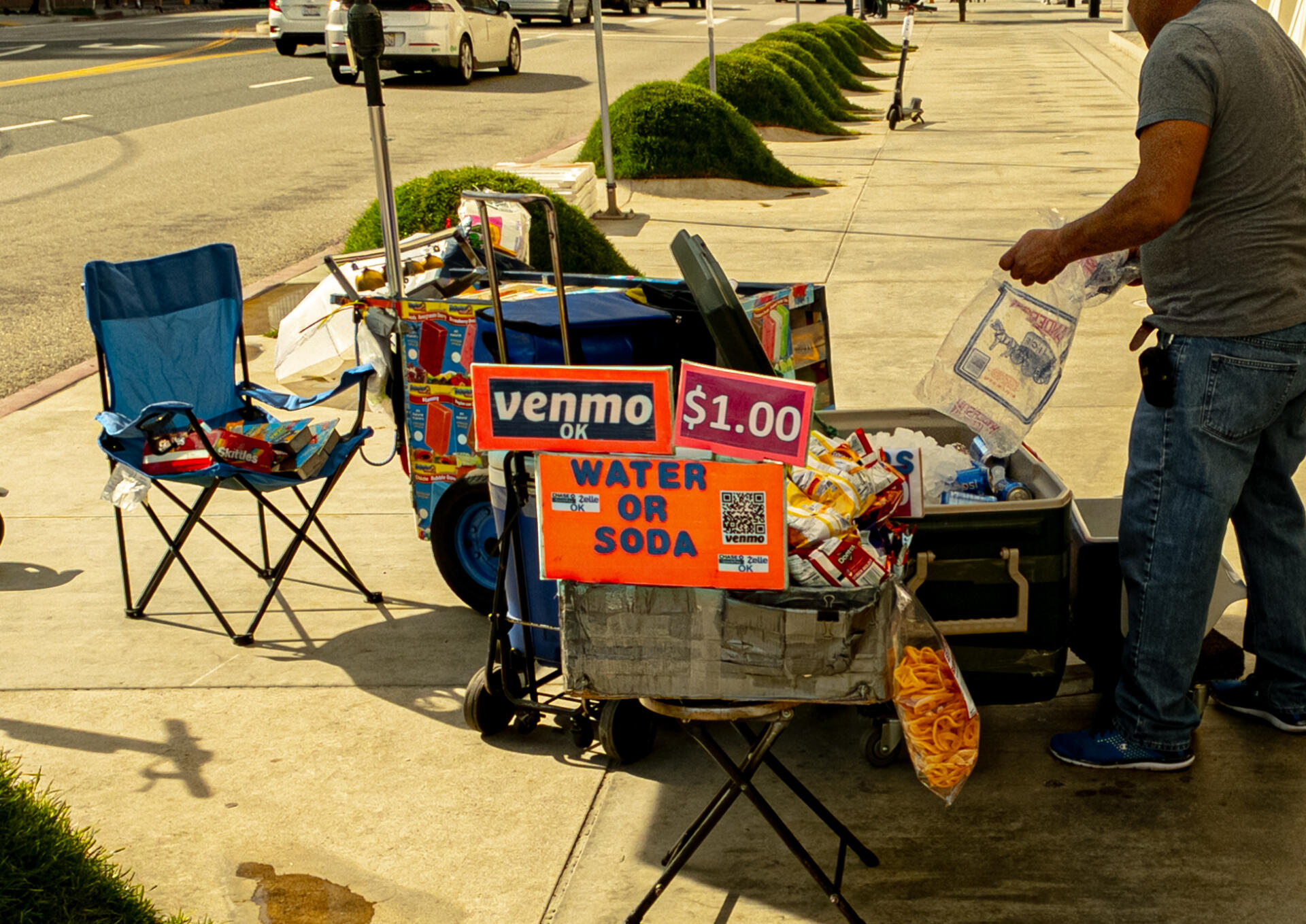 This vendor outside the Broad Museum accepts Venmo & Zelle Pay but not DAI.

How do we get people to adopt DeFi and blockchain around DTLA? How do we get Argent or Zerion in the hands of people in Santa Monica and Hollywood?

I don't have the answers yet, but I have a few ideas and I want to connect with like-minded people in LA that want to work on solving these questions together.

Want to find out more? The best place to start is the new Discord server.

For now, this is our digital home and a platform to get the discussion going. I've also created a landing page to make it easy to refer others to the Discord at www.defi-la.com.

As our membership grows, we'll mobilize in the physical world and plan our path forward from there.

If you aren't the Discord type, you can follow on Twitter @defi_la_, or if you prefer email, you can sign up for the newsletter below to be notified of any major updates on the project.

Hope to see you soon in LA!